ABOUT KARIBU & FORUM OF ACTIVIST JOURNALISTS

The Karibu newspaper was launched in 2005 as a quarterly newspaper for social movements with a specific focus on combating xenophobia in South Africa, and with a limited regional focus. Over the years Karibu developed from a quarterly to a monthly, and broadened its coverage of news from a focus on combating xenophobia to a focus struggles for social justice in general, and on service delivery in particular. Karibu therefore sees itself as part of taking the broader social justice and democratic challenges of post-apartheid South Africa.

Over the last two years Karibu has evolved even further, and now seeks to be a broader working class newspaper covering all aspects of working class life. Karibu has become a platform where people from different sectors and different walks of life access news about social, economic, political and cultural life of the country and of the working class in particular. An equall important element of this evolutino of Karibu is that the newspaper has set itself the goal of becoming a national newspaper – operating on a variety of platform that include digital (web-based), mobi as well as paper.

As part of its perspective of becoming a working class newspaper, Karibu launched an educational supplement named “Baithuti” – which means ‘those who educate themselves’. The name for the supplement points to another key principle in the development of the newspaper – which is that it seeks to based itself on working class self-education.

The principle on which Karibu is founded is that as a newspaper it seeks to promote democracy and to work in a democratic way. This element is also embedded in its newsgathering strategy.

The Forum of Activist Journalists

The primary news generation strategy of Karibu consists in building a network of community journalists who contribute news to the newspaper. The overall aim of Karibu and Forum of Activist Journalists Project is the defence of the democratic space through building a progressive media movement which is part of the broader social justice movement.

Alternative journalism is different to mainstream journalism in that it is not controlled by or affiliated to a conglomerate or political party; and in addition, it does not shy away from taking sides or disseminating opinion. It also provides a space for critical debate and engagement on today’s politics, and a voice for the poor and marginalised. The Forum for Activist Journalists was established to bring together media activists from various organisations and movements to develop and nurture a generation of emerging activists and writers to build a movement of alternative journalism.

The process of setting up the Forum for Activist Journalists began towards the end of 2010 with a workshop held at the House of Movements (where Khanya College is based). The workshop was attended by social movement activists active in various media committees in the movements. The idea of the forum was discussed in this workshop, and this was followed by a seminar addressed by a visiting Finish journalist, Teppo Eskelinen on the state of journalism in Finland.

The FAJ seeks to achieve its aims of building a movement of alternative journalism through a number of interventions. These include a series of training workshops based on political analysis and feature writing on socio-political issues; seminars and discussion platforms; and publishing platforms for young activist journalists from various civil society organisations including progressive NGOs, social movements, trade unions and other forms of community based organisations.

Both Karibu and FAJ seek to contribute to building a broader civil society media movement – operating on various platforms – through cooperating with a range of organisations. In this vein, Karibu will build networks and exchange relationship in order to draw strenght from a broader media movement, as well as contribute to this movement.

An equally important aim of Karibu and FAJ is to explore alternative ownership models in media. It is the express aim of Karibu to ensure that activist journalist begin to earn some income from their writing activities. In the long-term, Karibu and FAJ seeks to explore and develop a model that combines activism, political commitment to the social justice movement, and common ownership of the means of disseminating information.

Karibu and FAJ will engage with individuals, organisations and network to realise working people’s right to quality information for citizenship and for their leisure as well. 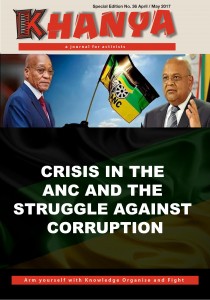 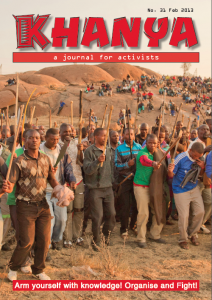 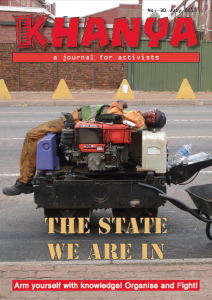