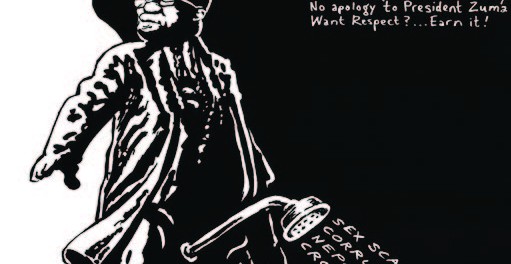 While South Africa has a population of 49.9 million people, only 9% enjoy internet penetration. In terms of Press Freedom, SA is designated as ‘Partly Free’ and the Internet is ‘Free’. Digital media freedom is generally respected in South Africa. Political content is not censored, and bloggers are not prosecuted for on-line activities. Access to the internet has improved through access from mobile telephones than from computers. Nevertheless, high costs and content in English, is an obstacle for those who speak only local languages.

The first internet connection in South Africa was established in 1988, when an email link was set up by academics. The internet diffused rapidly among the country’s technologically advanced elite, especially once it was commercialised from 1993 onwards. Today, South Africa maintains the greatest level of internet penetration in the region, though the overall level of access is quite modest.

It is estimated that about five million people, or 10 percent of the population, have access, and the penetration rate accelerated in 2008 and 2009, and included small and medium-sized businesses. Prices remain a significant barrier to internet access, especially for users of prepaid services. The cost of dial up subscription varies from R40 to R180 whereas ADSL subscription is between R50 and R200. Those with access, especially broadband access, are concentrated in urban areas.

Although the overall figures remain very low, the number of South Africans accessing the internet through a broadband connection has grown by more than 50% since March 2009, and wireless broadband access has grown by 88%. Telkom SA, a partly state-owned company, retains a near monopoly in providing broadband access via ADSL, though the recent licensing of a second national operator, Neotel, should increase competition. In March 2010, the internet-service provider (ISP) M-Web launched an uncapped ADSL offering, unleashing a price war in the ADSL.

There are five mobile-phone companies in South Africa— Vodacom, MTN, Cell-C, Virgin Mobile and 8ta— all of which are privately owned, save for 8ta, which is owned by Telkom. The state previously owned a stake in Vodacom through Telkom, but the shares have been disposed of. Privately owned ISPs number in the hundreds. The State Information Technology Agency provides internet services to the government.

Broadband access is also available via mobile phones. However, less than half of urban mobile users who have internet-capable phones actually use the internet; most who do use internet capabilities focus on specific applications like the Mxit instant-messaging service and the social networking facility Facebook Mobile rather than regular browsing. The total number of mobile-phone subscribers is estimated to be 32.498 million, or 71.3 percent of the adult population.

The government has not imposed restrictions on internet access, and there have been no reports that the authorities use control over internet infrastructure to limit connectivity. Individuals and groups can engage in peaceful expression of views via the internet using e- mail, instant messaging, chat rooms, and blogs. The video- sharing site YouTube, Facebook, and international blog- hosting services are freely available.

The autonomy of the Independent Communications Authority of South Africa (ICASA) is protected by the South African Constitution, although several incidents involving ministerial policy directives sent to the regulator have called the extent of its independence into question. It has been accused of favouring the dominant companies, including Telkom.

While internet content remains largely free of government censorship, a recent amendment to the Films and Publications Act of 1996 has raised fears that controversial content could be restricted. The amendment, which was passed into law in 2009, requires that every print and on-line publication that is not a recognised newspaper be submitted for classification to the government-controlled Film and Publications Board if it includes depictions of “sexual conduct which violates or shows disrespect for the right to dignity of any person, degrades a person, or constitutes incitement to cause harm; advocates propaganda for war; incites violence; or advocates hatred based on any identifiable group characteristic and that constitutes incitement to cause harm. “Exemptions are provided for artistic and scientific speech, but the board has the discretion to grant or deny these exemptions.

In May 2010, the deputy minister of home affairs, Malusi Gigaba, announced that he had approached the country’s Law Reform Commission to ask for a complete ban on digitally distributed pornography at the first tier of service providers, through an internet and mobile- phone pornography bill developed by the Justice Alliance of South Africa. The bill uses a very broad definition of pornography found in a law outlawing sexual offenses.

Apart from the areas mentioned above, the government does not restrict material on contentious topics such as corruption and human rights. On-line content, however, does not match the diverse interests within society, especially with respect to race and local languages. There are a number of political and consumer- activist websites, though the internet is not yet a key space for social or political mobilisation.

The South African blogosphere has been highly active in promotion of AIDS awareness and the discussion of environmental issues, in addition to more general political coverage. Mobile phones are used for political organisation, especially during recent developments like the establishment of the new political party Congress of the People (COPE), a breakaway faction of the ruling African National Congress (ANC). The main political parties that ran in the 2009 national elections also developed on-line campaigns to attract young voters, drawing inspiration from U.S. president Barack Obama’s use of internet platforms in his 2008 campaign.

Radio, followed by television, continue to be the main sources of news and information for most South Africans, but there are increasing efforts to extend mainstream news outlets to on-line platforms. All major media groups now have an on-line presence.

Violation of User Rights of the press

The constitution guarantees “Freedom of the press and other media “However, it also includes constraints, and freedom does not extend to “propaganda for war; incitement of imminent violence; or advocacy of hatred that is based on race, ethnicity, gender, or religion and that constitutes incitement to cause harm.”The judiciary in South Africa is independent and has issued at least one ruling protecting freedom of expression on-line.

Libel is not a criminal offense, but civil laws have been applied to on-line content. In January 2009, an Eldorado Park resident, Duane Brady, was fired by his employer and arrested for crimen injuria, a common-law offense entailing the deliberate injury of a person’s reputation or invasion of privacy, after he insulted his wife’s friend on Facebook. The case intensified an ongoing debate about freedom of expression and its limitation on social networking sites, especially when it came to employees defaming their employers on-line.

Threats to media freedom have also extended to the on-line content of newspapers. For instance, in May 2009, the country’s public broadcaster, the South African Broadcasting Corporation (SABC), filed a charge of“stolen property”after the Mail & Guardian posted on its website a documentary on political satire that the broadcaster had refused to air. The documentary explored the fact that award-winning cartoonist Zapiro is being sued by President Jacob Zuma for portraying him about to rape Lady Justice. The newspaper’s editor, Nic Dawes, argued that he and his colleagues had a professional duty to make such material public, and accused the SABC of censorship.

In May 2010, the South African Council of Muslim Theologians attempted to stop the Mail & Guardian from publishing a cartoon by Zapiro that depicted the prophet Muhammad, arguing that the image was insulting to Muslims. A court injunction, which would have extended to the on-line version of the newspaper, was not granted.

There have been no reports that the government monitors e-mail or internet chat rooms, except to combat child pornography. Recent legislation potentially allows for extensive monitoring, and was in force as of June 2009. Mobile subscribers are required to provide extensive personal information to service providers, and the data are then made available to the government. An identification number is legally required for any SIM-card purchase, although this law appears to be enforced unevenly, and people already in the possession of SIM cards are required to register these cards and provide proof of residence and an identity document by the end of 2010. RICA provides for an“interception direction”that obliges ISPs to send the communications in question to an interception center. However, the law requires judicial oversight and includes guidelines for judges to establish whether the interception is justified in terms of proportionality and narrowly defined standards.

Report indicate that the government conducts some surveillance of mobile-phone conversations and short- message service (SMS) or text messages. The National Communications Centre (NCC) reportedly has the technical capabilities and staffing to monitor both SMS and voice traffic originating outside South Africa. Calls from foreign countries to recipients in South Africa can allegedly be monitored for certain keywords; the NCC then intercepts and records flagged conversations. While most interceptions involve reasonable national security concerns, such as terrorism or assassination plots, the system allows the NCC to record South African citizens’ conversations without a warrant.

There have been no reports of extralegal intimidation targeting on-line journalists, bloggers, or other digital- technology users by state authorities or any other actor.