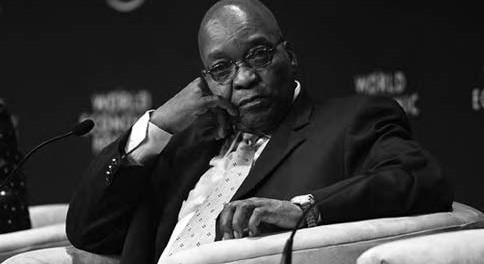 After it became clear to everyone around the world that the global economy had gone into a deep crisis, in South Africa a bizarre debate unfolded. The state’s leading neoliberal warrior, ex-Minister of Finance Manuel, was involved in a public dispute about whether South Africa was in a ‘recession’. When it became clear that this fiction could no longer be sustained, the comedy shifted to the argument that unlike the rest of the world, South Africa had a solid financial and banking system (courtesy of the National Credit Act), and was therefore immune to the storms ravaging the world economy.

GEAR above all else

Towards the end the 2008 the ostrich was finally forced to take it’s head out of the sand, and the state convened a task team made up of the government, business and labour (the so-called “social partners”) to ‘come up with ways of handling the effects of the global economic crisis’. On 19 February 2009 this task team published its “Framework for South Africa’s responses to the international economic crisis’. The message of the document was simple: the neoliberal economic course adopted by the state over the last 15 year was not only correct, but had to be pursued into the future. While all over the world it was agreed that the basic sources of the global crisis are to be found in the neoliberal direction the world economy had taken over the last 30 to 40 years, how did the task team manage to perform the trick of justifying neoliberalism?

First, the sources of the crisis were identified in ways that made the defence of neoliberalism possible. Secondly, the source of the crisis for South Africa were ‘externalised’. For the ruling class, the crisis was a result of ‘gross imbalances and inequities in the global economic system, the impact of the financialisation of economies, ineffectual regulation…and poor business practices” For the Task Team this did not apply to South Africa! The fact that the defining feature of the last 40 years of economic developments has been growing inequality within and between countries was ignored, and thus the relationship between neoliberal economic policies and growing inequality was hidden. Indeed, in South Africa itself, this period has been a period of growing and “gross imbalances and inequities” in the economic system. Today, after 17 years of sustained economic growth, South Africa remains probably the most unequal society in the world. Lastly, in South Africa itself, the crisis is caused by external factors – the ‘sharp fall in demand for (SA) exports’ and prices of key commodities: no mention of ‘gross imbalances and inequity was made’!

The task team then went on to affirm the course taken over the last decade and a half: “to increase public investment in economic infrastructure; to deepen the joint stakeholder commitment to skills development; to act urgently on the commitment to introduce effective industrial or sector strategies, or strengthen existing strategies, and to ensure higher levels of priviate sector investment and entrepreneurship; to pursue the transformation of the informal economy activities and its integration into the formal economy; to improve and streamline government delivery and regulation; and to commit to macro-economic policies that support decent work and sustainable growth”

Not a single measure was proposed that had not been the stock in trade of the last 15 years of neoliberal macro-economic policy. No new direction in fiscal and monetary policy; the old commitment to a competitive exchange rate; the now worn-out and always broken promise of commitment to tax relief ‘for the poor ’; the other old promise of ‘skills development’; the ever-elusive search for an ‘industrial policy’; the ‘expanded public works’; the defence of the Reserve Bank’s rightwing monetary policies; and so on and so on. To crown it all, the basis of this response, to the letter, was the national budget the Minister had delivered 8 days earlier on the 11 February. This budget, in particular, was conducted as a political defence of the last 15 years of neoliberalism: “the choices we had made set us on a path of shared growth and broadening participation of fairer and more dynamic economy’’ (Minister Manuel).

Smoke and Mirrors I: reshuffling the fiscal pack

The entire response to the ‘deepest and most serious economic crisis of the last 80 years’ is contained in the budget for 2009. The role of the task team, in particular Cosatu’s role in the task team, was simply to endorse the budget that had for all intents and purposes been completed well before the task team was formed. The public purse of R834 billion in 2009 is going to grow in real terms at 5% over the next three years, and this includes all the special allocations like Eskom (R60b in 2009). When viewed against an economy that contracted by 6.4% in the first quarter of 2009, the commitment to fiscal austerity in times of crisis becomes clear.

What was left, in typical ANC government style, was to confuse the public by juggling figures over 3 year periods backwards and forwards, and over 5-year periods. And so, the response to massive job losses taking place over a period of months is an employment creation plan that promises 4 million temporary jobs by 2014(!). The rolling investment in public infrastructure has been ‘rolling’ for a few years now, long before anybody talked about a crisis. The same fiscal pack of the last 15 years is being re-presented as a response to the crisis, while in reality nothing new is tabled.

Smoke and Mirrors II: promises of meetings and structures

In the short document presented by the team, no less than 15 meetings, structures, policy reviews, plans, documents, summits and such others like lekgotlas and indabas are promised. All of them are promises that have been made over the last 15 year of the GEAR: Nedlac will be resurrected to discuss monetary policy; urgent discussions on tax relief will be held; sector specific industrial strategies will be devised; proposals will be developed to rescue affected’ industries; and so on it goes.

It’s now more than five months since the February document and the budget. All that remains of “urgent action in 4 weeks” is nothing but the promises themselves.

In his budget speech of 2009, ex-Minister Manuel was bold in saying “we are borrowing not to rescue failed banks or to artificially delay restructuring of our industry and trade”. The reality is that hidden throughout the ‘Framework’ are promises of bailouts to capital: “Government will develop proposals…within four weeks to provide a rescue package to the affected industries”, and in other places in the document. True to its commitment to neoliberalism, the bailouts are themselves to be privatised and conducted through the market mechanism! Bailouts are to be organised via the Industrial Development Corporation (IDC): “The IDC will increase its level of equity exposure in these sectors where possible and will make increased working capital available to firms in large, labour intensive sectors”; “The development finance institutions… will be asked to place rescue package proposals to government and the Task team within four weeks”; and so on. This privatisation of the bailouts is in contrast to the path undertaken by the Bush/Obama administrations in the US, for example. There, the government used the state budget and borrowed directly to fund the bailouts. Here, the state uses the ‘development finance institutions’ to borrow and finance the bailouts. This difference is not cosmetic: it reflects a commitment to fiscal austerity, and avoids the political and ideological dangers of raising the state budget for capital, while having pursued the argument of not having funds to fund social delivery.

What’s in it for labour?

While the ‘Framework’ represents capital and the state’s response to the crisis, it is also endorsed by COSATU and other labour federations. Given that nothing new is proposed in the ‘Framework’, the only ‘benefit’ for the unions is the hope that the ‘Framework’ will keep their existing members in employment, or at least will temper the jobs bloodbath. Even with the most sympathetic interpretation, it is clear that the unions are not acting as representatives of the working class in the Task Team, but in the narrow corporate interests of the existing union members. In accepting and sponsoring this document, Cosatu in particular has moved to the right of even the World Bank and other western governments, who have raised the importance of redesigning the way the economies of many countries have been run over the last few decades.

Cosatu and the other federations, however, are in for a rude shock. The ‘social partners’ will use the crisis not to defend the interests of ‘low income workers, the unemployed and the vulnerable’, but to defend and create better conditions for capital accumulation and profits. For the working class this will mean more hardships – unless it organises and resists!